by admin
in Tax Rates

Since Joe Biden’s presidential election victory over Donald Trump in November 2020, and the Democrat takeover of the House and the Senate, the business world has been eager to hear what changes to the tax laws the Biden administration will propose. Based on President Biden’s presidential campaign, there was a consensus that the changes to the tax laws proposed by his administration would be mostly unfavorable to corporate and (some) high-income individual taxpayers. These proposed changes have recently been announced to the public, and in this article, and this article focuses on the proposed changes which will have a business impact. Whether or not any of these proposed changes will be passed by Congress is impossible to predict. In the last two weeks, we’ve seen some starting compromises proposed on the initial Biden plan.  We expect compromises will be reached on some or all proposals and the actual changes to the law will be somewhere between the Biden administration initial proposals and the law that is currently in effect.

The new tax proposal made by the Biden administration changes how qualified dividends and long-term capital gains are taxed. Currently, individuals are taxed at preferential tax rates on these income items. The proposed change stipulates that the top long-term capital gains and qualified dividends tax rate should be increased from 20% to 25% (applicable to capital gains realized after September 13th, 2021).  This could impact both how much and when Individuals invest or exit in businesses.

Almost hand in hand with the above-described changes is the proposal to extend the holding period required for applicable partnership interest to qualify for long-term capital gain from three to five years. Investment partnerships such as Private Equity and Venture Capital firms have fueled considerable growth for portfolio companies and significant wealth for investors over the last 25 years.  The current treatment would continue to apply to gains attributable to certain real property trade or business and taxpayers with taxable income less than $400,000. 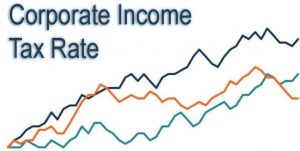 corporate taxpayers. A change in the corporate income tax rate is probably one of the most important changes with the potential for the biggest business impact to the tax law and President Biden will face strong opposition from the congressional Republicans.  As a reminder, the corporate income tax rate before the Tax Cuts and Jobs Act of 2017 passed by the Trump administration was 35%.

The proposed increase in the corporate income tax rate would not mark as big of a change (this time in an opposite direction) as was the case with the Tax Cuts and Jobs Act, but any change in the tax law provides tax savings opportunities. For example, even if this proposed change is enacted into law during the 2021 year, the increased rate would likely not be applied retroactively to the 2021 tax year. A corporate taxpayer could potentially save on taxes by accelerating cash inflows during 2021 or incurring some deductible expenses in 2022 rather than incurring those expenses in 2021.

It is also important to note that a US Corporate Income Tax rate of 26.5% is higher than most of the other countries in the world, creating tax planning opportunities for international business.

Minimum Tax of 15% on Book Income of Large Corporations

The Biden administration shows an intention to make some of the largest US corporations pay a minimum tax on their worldwide income by proposing a minimum 15% tax on worldwide pre-tax book income. Any US corporation with book income in excess of $2 billion from its worldwide operations could be subject to this tax. It is important to note that this tax will be levied on book income of these corporations, adjusted for certain deductions and credits which would be allowed.  However, it cannot be underestimated the business impact if this proposal became law.

A so-called “book minimum tax” would be the difference between the book tentative minimum tax and the regular tax due on the corporation’s taxable income. The idea behind this minimum tax is to prevent large corporations from paying very little taxes (or no taxes at all) by reducing their income from operations with certain deductions such as stock-based compensation or bonus depreciation. The minimum tax is computed on book income before considering the above-mentioned deductions, thus increasing the likelihood that large corporations would end up paying what is perceived as a “fair(er)” amount of tax.

This proposal has support from many countries around the world.

The Global Intangible Low-Tax Income (GILTI) became effective in 2017 with the Tax Cuts and Jobs Act passed by the Trump administration, with an intent to currently tax US shareholders of certain controlled foreign corporations (CFCs) on their share of earnings and profits generated by these corporations. The Biden administration tax proposal does not interfere with the core concept behind GILTI but changes how the GILTI inclusion on US shareholders’ tax returns are calculated.

Currently, US corporate shareholders, and certain individual shareholders who make an election to be taxed as corporations, are allowed a 50% deduction from the GILTI inclusion under IRC Section 250 which significantly reduces the tax rate paid on a GILTI inclusion. The Biden administration’s 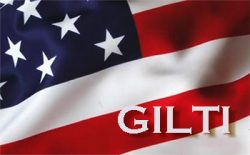 proposal is to reduce this deduction from 50% to 37.5% and, therefore, raise more tax revenues by increasing the effective tax rate on the inclusion amount. A potential decrease in the allowed deduction would also affect certain individual shareholders who elect to tax their GILTI inclusions using corporate income tax rates by making this election less attractive with a reduced potential for tax savings.

Another unfavorable change to the corporate taxpayers when it comes to computation of a GILTI inclusion is the proposal to reduce the 10% deduction for qualified business asset investment (QBAI) to 5%. This deduction is part of the original GILTI rules and is very important to the US shareholders of corporations that are CFCs with significant amounts of fixed (tangible) assets on their balance sheets.

The Biden administration tax proposal includes another change that may affect US shareholders of controlled foreign corporations. Current rules allow for a so-called “high tax exception” which eliminates the portion of a GILTI inclusion in instances where the effective tax rate paid on income from a single tested unit is higher than 18.9% (90% of the current corporate income tax rate of 21%). The new proposal provides for the elimination of this exception. However, even if not eliminated, the application of this exception would be more difficult in the future if the US  corporate income tax rate is increased as the effective tax rate threshold would also be increased.

On the bright side, however, there is a possibility that the Biden administration will propose an increase in foreign tax credit for taxes attributable to GILTI income. U.S. corporate shareholders of a CFC are allowed an 80% credit for taxes deemed paid on GILTI income under current regulations. The most recent news indicates that the new foreign tax credit limitation could be raised to 95% of foreign taxes deemed paid on this income.

Currently, the federal income tax on GILTI inclusion is computed on an aggregate basis. This means that tested income of all CFCs could be offset by tested losses from other CFCs regardless of the jurisdiction under which these CFCs operate. The same approach is allowed for applying for the foreign tax credits as a single FTC limitation is applied to GILTI income from all CFCs. The Biden administration proposes to change this approach by applying a country-by-country method to determining the GILTI inclusion. The proposed method would prevent the blending of income earned in low-tax jurisdictions with that earned in high-tax jurisdictions. Similarly, the foreign tax credit limits would also be applied on this basis which would prevent offsetting the tax liability arising from GILTI income from one jurisdiction with foreign taxes paid or accrued in other jurisdictions.

Major tax law changes, like those that have been proposed by the Biden administration, require attention on the Individual and Corporate taxpayers’ part to avoid tax spikes that could result from the lack of planning. The focus of the Biden administration seems to be to increase tax revenue collection from high-earning individuals and larger corporate taxpayers thus having a significant business impact (high-earning individuals use corporate structures too), as is the case for many other governments who need to fund the pandemic and it is very important for these taxpayers to be ready for change should the proposals become the law. However, judging by the current situation in the US Congress, it is impossible to predict which of these changes, if any, will be passed as originally intended by the Biden administration. The reality seems to suggest that President Biden will have to make many compromises to ensure that the core of his intended changes sees the light of the day.

Will An Economic Downturn Lead to An Increase in Tax-Related Whistleblowing?

How to Spot a Cash Flow Problem Before it Hits

How to Spot a Cash Flow Problem Before it Hits

Preparing for a California Residency Audit

No Result
View All Result