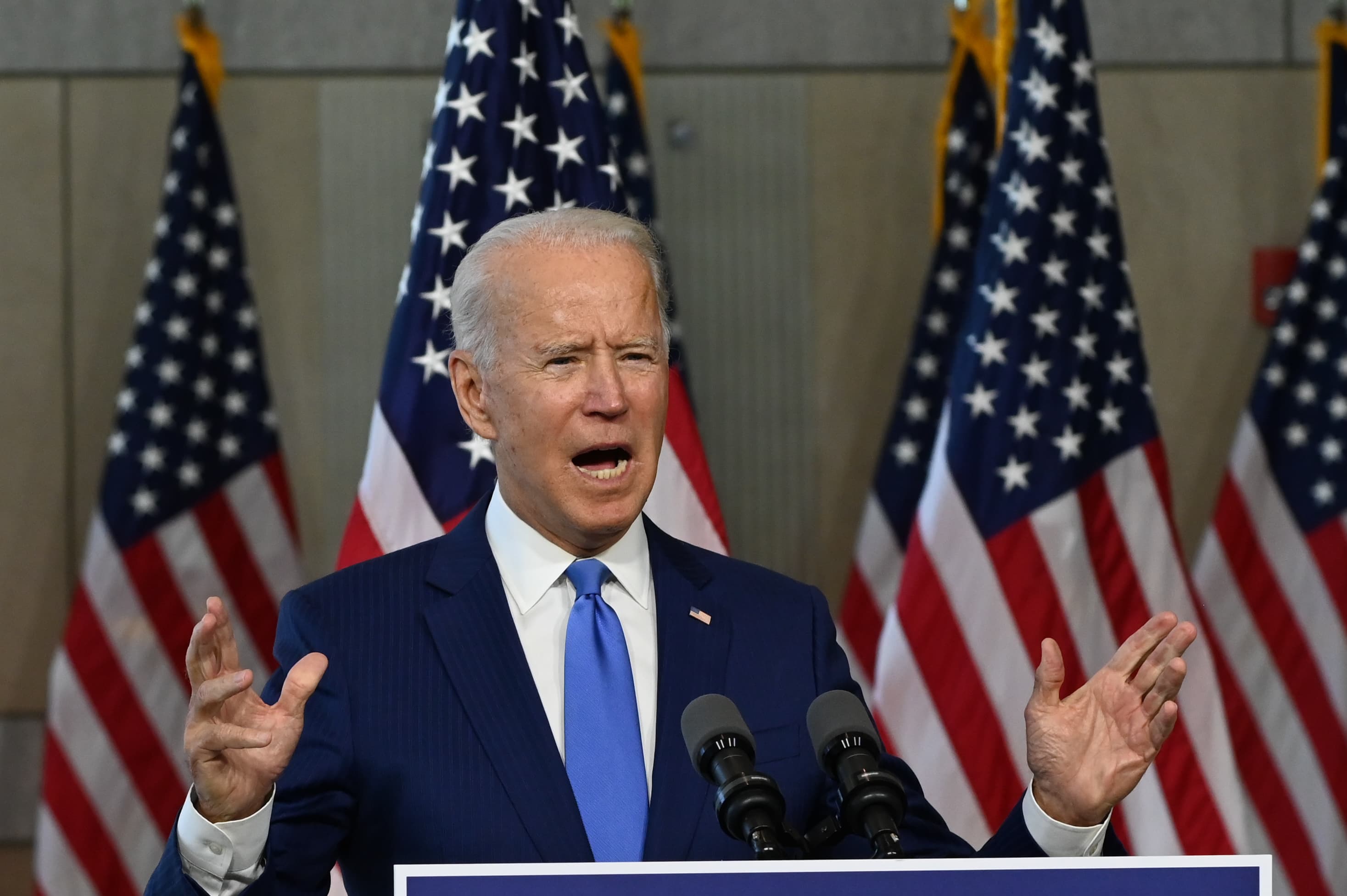 Joe Biden speaks at the National Constitution Center in Philadelphia on Sept. 20, 2020, to make a statement on the nomination for replacement of recently deceased Supreme Court Justice Ruth Bader Ginsburg.

Residents in high-tax states who lost out on a substantial write-off are in good company. Democratic contender for president Joe Biden and his wife, Jill, missed out on this tax break, too.

The former vice president released federal and state income tax returns for 2016, 2017, 2018 and 2019 on Tuesday, in advance of the first debate against President Donald Trump. He and his wife, Jill, an English professor at Northern Virginia Community College, filed joint returns.

The two also overpaid on their taxes, entitling them to a refund of $46,858.

Though the Bidens claimed itemized deductions on their 2019 income tax return, it turns out they missed out on what would have been a massive write-off: state and local levies.

But they could only claim $10,000 of these expenses on their federal income tax return.

That’s because the Tax Cuts and Jobs Act, which went into effect in 2018, limited the amount that taxpayers could claim on state and local levies to $10,000.

Residents in high-tax states, including California, New Jersey and New York, were disproportionately affected by the so-called SALT cap.

In all, the couple claimed $40,496 in itemized deductions during the 2019 tax year, including  $14,700 in charitable contributions made by cash or check.

The release of  Biden’s tax returns arrives just after The New York Times published a story on Trump’s returns that found the president paid $750 in individual federal income taxes in 2016 and 2017.

More from Personal Finance:
Here are the top 5 U.S. cities for retirement
Three things to keep in mind to handle market volatility
These hidden fees take bite out of retirement savings