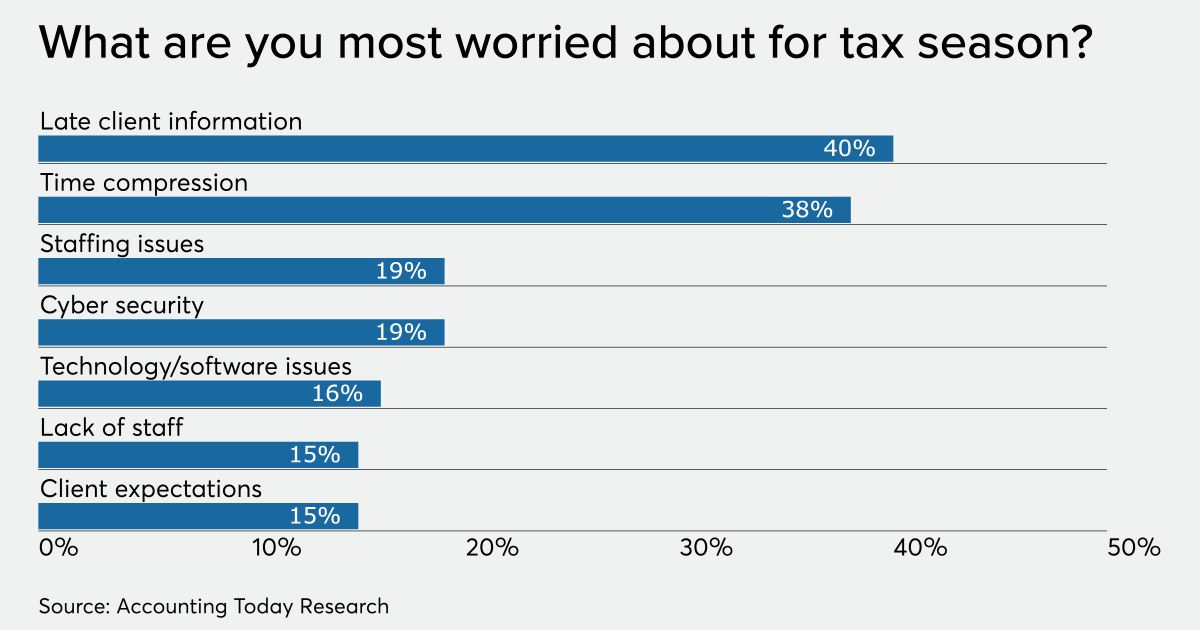 Time is the biggest concern for practitioners heading into this year’s filing season, with two-fifths reporting in a recent survey that late client information and time compression are their main worries.

No other worries ranked as high, according to research conducted as part of the monthly Accountants Confidence Index study that Accounting Today performs in partnership with ADP. Staffing issues and cybersecurity were the next most highly cited concerns, at 19 percent each.

Conspicuously absent were worries about the Tax Cuts and Jobs Act, which dominated the agenda of the past two tax seasons; less than 10 percent cited it as a concern.

That said, keeping up with the latest legislation and regulations was the most common way practitioners are getting themselves ready for tax season, with 58 percent saying they were taking tax courses to get ready. Implementing new workflows (42 percent) and training on software (39 percent) were the next most common.

The study surveyed over 200 accountants in mid-December.