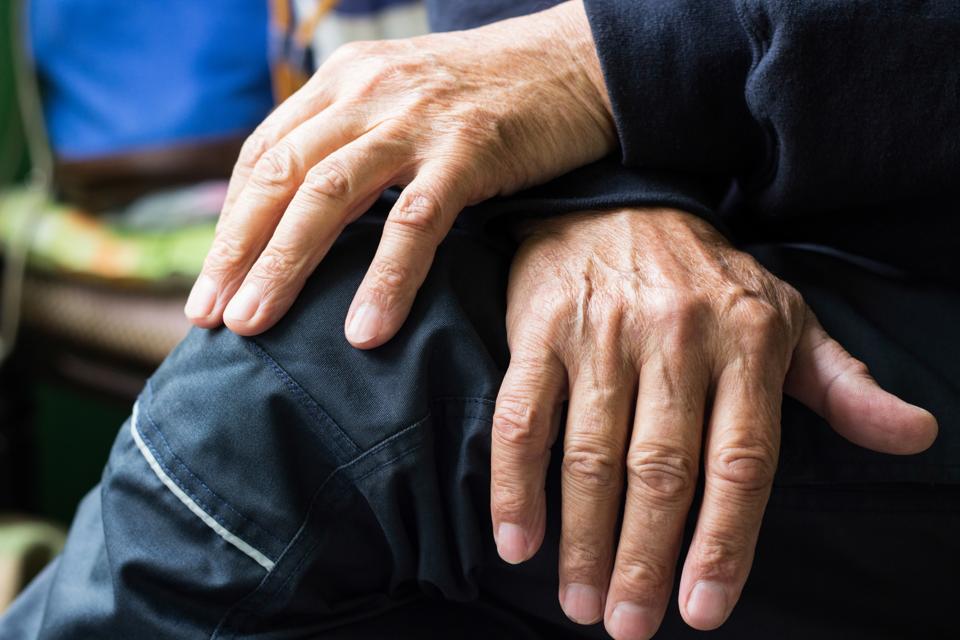 (We’re always interested in new research and insights about growing older in America and the new book by Thomas Cole, Old Man Country: My Search for Meaning Among the Elders, has them in spades. Cole traversed the country interviewing men in their 80s and 90s — some famous, some not — to ask them what it means to be an older man, what worries them and what challenges they face. Their insights were candid and compelling. Here’s an excerpt (originally ran on Next Avenue.)

Today, the average American man who turns 65 can expect to live to approximately 85. What we usually fail to notice is the aging of the aging population, or the “Fourth Age” — a stage of life roughly demarcated by age 80 or older.

The Fourth Age has been described as a Black Hole — a vague, frightening and shadowy cultural space that evokes denial when it doesn’t provoke fear. But the Fourth Age also contains periods of sheer fun, appreciation of beauty, powerful religious and/or spiritual experience, community and family engagement, and continued work and artistic development.

In my book, Old Man Country, I seek to reclaim and enhance the humanity of men in the Fourth Age. To learn more about them, I talked to 12 men in their 80s and 90s, exploring how they face (or faced) the challenges of living a good old age.

Each man finds forms of engagement consistent with his personal history. Hugh Downs was still driving, studying physics, traveling and appearing on television shows at age 93.

Some are famous: Paul Volcker, the former head of the Federal Reserve; Hugh Downs, veteran TV broadcaster and creator of The Today Show; Dr. Denton Cooley, the first surgeon to implant an artificial heart into a human being and Ram Dass, his generation’s foremost American teacher of Eastern spirituality. Several have become frail and in need of assistance since I talked to them. Some have lost partners. Others have died.

As I talked with these men, four major challenges or questions kept surfacing:

Am I Still a Man?

Masculinity is not a natural collection of individual traits but, rather, a cultural story, a plot or a script by which men are judged and judge themselves. One problem is that this script for masculinity stops at midlife. For most old men in American society, there are no landmarks of achievement or value; no lighthouse guiding one’s moral compass; no employment office with the sign “old men wanted.” There is only the province of retirement — a barren place often marked by an absence of wealth, prestige and personal meaning.

How do men meet the challenge of reconciling manhood with physical decline? There is no single way.

One is to reject the model altogether, integrating traditionally “female” traits of caring, acknowledging emotion and valuing relationships. One man I interviewed, George Vaillant, the former research director of the famed Harvard Study of Adult Development, articulates this path and focuses on creativity rather than masculinity.

On the other hand, physician-writer Sherwin Nuland, who died in 2014, essentially told me that maintaining manhood meant continuing to write and remaining strong by working out at the gym.

For some, the problem of masculinity — including the loss of sexual potency — disappears in old age. Philosopher Dan Callahan, co-founder of the world’s first bioethics research institute (The Hastings Center) told me he thinks of himself as a person, not as a man.

Do I Still Matter?

At least since the institutionalization of retirement in the mid-20th century, old men have often felt marginalized, useless or invisible. Retirement is a primary source of depression for those whose identities and self-esteem have depended on being productive, earning a living and being engaged with others in the workplace. Employment and volunteer work are often less possible for men who have reached their 80s.

When a man is frail or dependent on others to carry out the activities of daily life, the question “Do I still matter?” becomes even more pressing. The challenge of being relevant is the challenge of learning and creating new things, being engaged with others, making a difference in the lives of other people, being committed to a future beyond oneself and feeling needed.

For Paul Volcker, “being needed” means being at or close to the center of power and decision-making authority. Volcker convinced the Obama administration to implement what became “the Volcker Rule,” limiting banks’ ability to make risky investments with ordinary peoples’ savings accounts.

Volcker continues to feel obligated to contribute his gifts and skills. When I talked to him, he had new ideas for professional education in public administration. But he couldn’t convince schools or donors to establish new programs.

Among the other men to whom I talked, the question “Do I still matter?” was particularly bound up with work. Even after writing or editing 47 books over more than 50 years, Dan Callahan’s identity still depended on his next article or book. When we spoke, Dan was feeling no incentive or energy to write — an emotional and existential crisis for him.

Each man finds forms of engagement consistent with his personal history. Hugh Downs was still driving, studying physics, traveling and appearing on television shows at age 93.

What Is the Meaning of My Life?

Because our society provides old people with no widely shared meanings or norms by which to live, the task of finding significance in later life falls to individuals in their relationships with family and community.

Meaning is partly a matter of love and of relevance. If I love and am loved, my life has significance. Meaning is also a moral question: Have I lived a good life by my own lights? Did I, and do I, measure up to my own expectations and to the standards of my family, religion, community and nation?

Learning to feel at home in old age means believing that our life matters even in the face of frailty, disease and death.

Another answer to the question of meaning comes from affirming that we are each links to a chain in generations. We find strength by looking back to our ancestors and forward to our descendants. For those men without children, commitment to a future beyond their own lives comes in many forms: teaching, caregiving, community life, environmental and political advocacy and spiritual growth that leads to self-transcendence.

What Is the Meaning of My Life?

Love, of course, means many things. There is love of God. There is love that comes from God or a Divine Being or Beings — love that carries existential meaning. It is the kind of love Ram Dass received from his guru Neem Karoli Baba, who inspired him to live a life of loving service on the path toward merging with Brahman, the ultimate reality in Hinduism.

Love also comes in the forms of friendship, family or caregiving relationships, or the less personal form of loving strangers or other living beings. Such love makes us who we are.

George Vaillant recently summarized a key finding of his research on men over a lifetime: “Happiness is only the cart. Love is the horse.” His central point is that maintaining long-term loving relationships with partners, family, friends and in community is essential to a good old age. But in order to be fulfilled by love, “You have to be able to take it in,” he says. “You have to feel inside that you are loved.”

Adapted from Old Man Country: My Search for Meaning Among the Elders. Copyright © 2019 by Thomas R. Cole and published by Oxford University Press. All rights reserved.