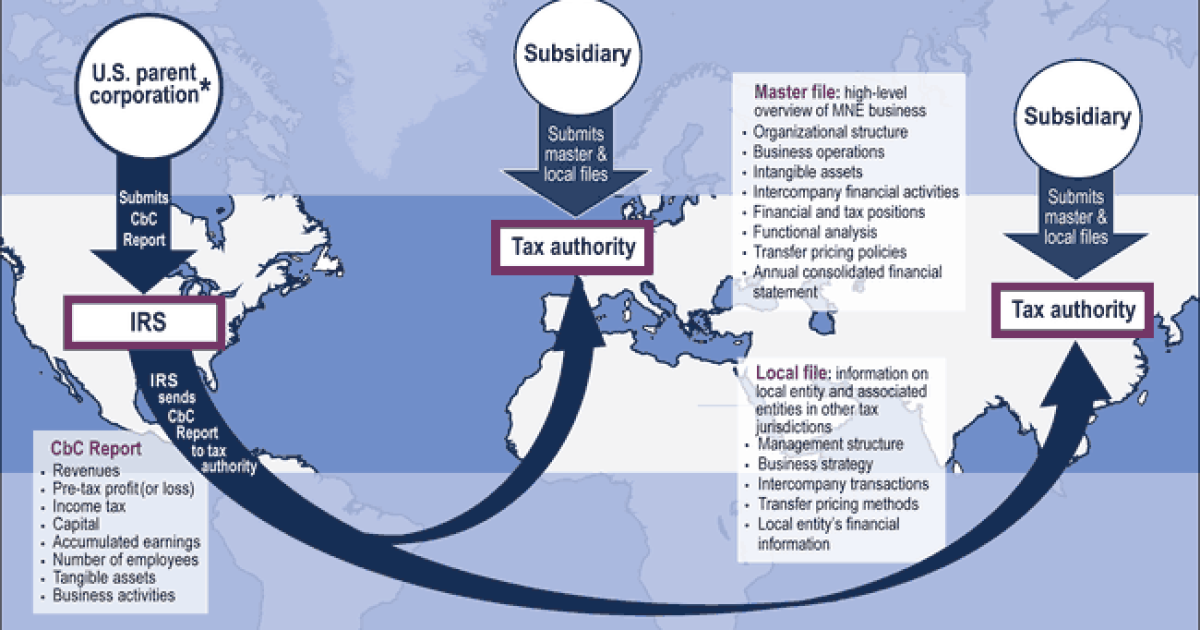 The Global Reporting Initiative has issued a new international tax reporting standard that aims to ensure multinational companies are much clearer about how much they pay in taxes, and where.

While the standard has no legal force, it could influence the ongoing debate in the U.S. and abroad on how multinational companies should be taxed to deter tax avoidance strategies. The Organization for Economic Cooperation and Development has already produced plans to discourage base erosion and profit shifting, also known as OECD BEPS, and to provide for country-by-country reporting of income taxes, the standards haven’t been universally adopted in industrialized countries, and disagreements remain over areas such as the taxation of digital services. U.S. President Donald Trump and French President Emanuel Macron clashed last week at the G-7 summit over a recent French law that would impose digital taxes on multinational technology companies.

The GRI Tax Standard aims to provide a global standard for comprehensive tax disclosure at the country-by-country level. It supports public reporting of a company’s business activities and payments within tax jurisdictions, along with its approach to tax strategy and governance.

“Payment of taxes is a major way for companies to support the communities where they operate,” said GRI CEO Tim Mohin in a statement. “Yet too many businesses are unwilling to disclose how much, and where, they pay taxes. GRI’s Tax Standard challenges this status quo by outlining clear best practice for disclosure. I believe more companies will join other responsible leaders and demonstrate how they’re meeting their obligations to society. These businesses will reap the benefits of their leadership by improving relationships with governments, investors, civil society, consumers and other stakeholders.”

The GRI Tax Standard has received support from several labor and advocacy groups.

“Tax avoidance comes with high human costs as it undermines governments’ ability to provide quality public services and promote economic development,” said Daniel Bertossa, assistant general secretary of Public Services International, a global trade union federation, in a statement. “We cannot tackle pressing global issues like poverty reduction, climate change and implementation of Sustainable Development Goals without a fair and adequate tax system. There is growing anger around the world at governments’ inability to deal with the issues people care about, which is eroding trust in public institutions. The GRI Tax Standard is absolutely necessary to hold multinational corporations to account and ensure governments can develop the fair tax policies needed to fund services and restore public confidence.”

Estimates of the scale of tax avoidance, in terms of lost revenue to governments, have ranged between $500 billion to $600 billion annually, according to UNU-WIDER and the International Monetary Fund.

“GRI’s Tax Standard is the clearest and most significant recognition to date of the global trend toward tax transparency for multinational companies,” stated Gary Kalman, Executive Director of the FACT (Financial Accountability and Corporate Transparency) Coalition. “The standard is both necessary and balanced. We urge companies to quickly implement this standard and help make it the model for the transparency that will soon become common global practice. The multi-stakeholder process that produced this standard ensures that the information is helpful to investors while workable for companies. As a result, GRI has done something that is somewhat rare: they have produced a standard that is both relatively straightforward and enormously impactful.”

The Tax Standard builds on the aims of the OECD Framework on Base Erosion and Profit Shifting, which requires large multinationals (in OECD countries) to provide country-by-country data to tax administrations. The GRI Tax Standard focuses on public reporting, making tax information available to all stakeholders and applies globally.

A fact sheet on the new standard is available here.