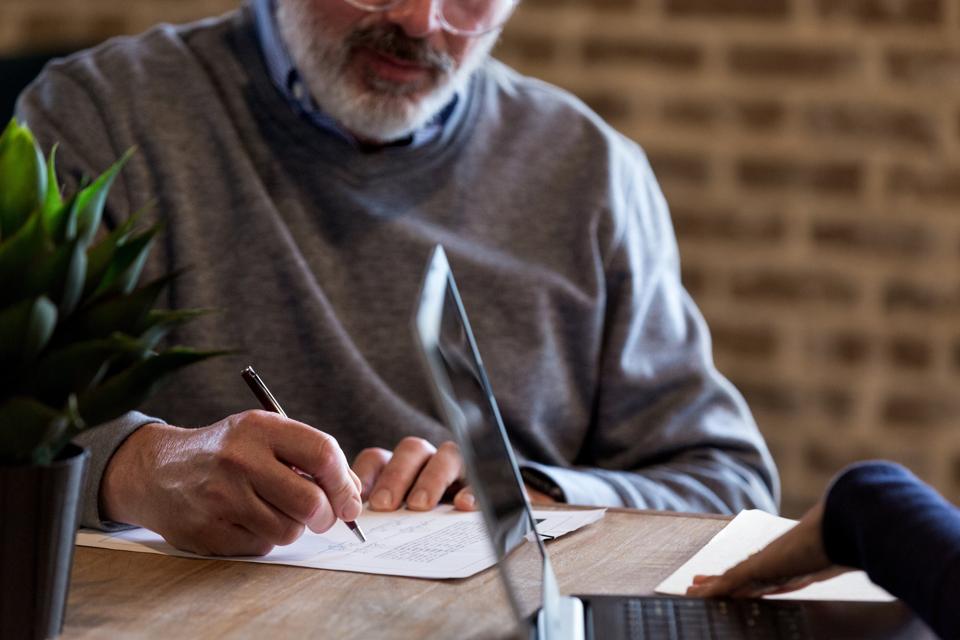 Imagine this: Your employer says not only can you work from home, you can work from anywhere in the world. Hmm… Maybe you’d move near your grown kids in another part of the country and work from there. Or maybe you’d relocate to a less expensive, warmer spot and cut your daily living costs.

This scenario is just a fantasy for most workers. But a recent study on working from anywhere, from two professors at Harvard Business School and Northeastern University and a Harvard doctoral candidate, suggests it might be something employers ought to try, as tech firms like Akamai and SAP already have.

Work From Anywhere: It Boosts Employee Productivity and Happiness

In the researchers’ study, 831 U.S. Patent & Trade Office patent examiners —highly educated, specialized professionals — who took the option to do their jobs anywhere in 2012 or 2013 were generally happier and 4.4% more productive than colleagues who couldn’t. That productivity increase, the study’s authors said, represents up to $1.3 billion of annual value added to the U.S. economy.

The employer saved money, too, because the patent agency needed less office space. And patent quality did not deteriorate.

“For the employees, the main benefit was cost-of-living savings,” said Prithwiraj (Raj) Choudhury, an associate professor at Harvard Business School who co-authored the study, which appeared in the Harvard Business Review. “Their salary was not cut for moving to a cheaper location. So, they had an increase in real income in money in their pocket.”

The other benefits for employees, Choudhury said, were harder to measure. “Like: ‘Am I happier to be in Florida with more sunshine? Or taking care of my aging parents?’ We heard things like that.”

The patent examiners relocated, on average, to locations with significantly lower costs of living. And those closer to retirement were more likely to move to coastal areas of Florida than others.

That, the researchers said in their study, “suggests that granting employees the ability to work from anywhere could yield some career-extending benefits to both employees and the organization, by encouraging valued senior employees to remain in the productive workforce longer.”

Dan Schawbel, author of the new book, Back to Human, told me that “employees who work from anywhere can better balance the needs of their work and life because they can control where they are and are not confined to a physical office.”

The downside, Schawbel noted: remote workers can feel isolated and lonely without the human interaction at a physical office. And the downside for employers, he said, is that “it’s harder to build a corporate culture” when employees aren’t in the same place together.

One of the advantages for employees in what HR types call “Work From Anywhere” programs is that they don’t have the strings so often attached to work-from-home employee jobs. Often, those require the worker to show up at the office once a week or every two weeks.

“That’s a way of saying: ‘You can’t go too far out. You need some face-to-face happening on a regular interval,” said Choudhury.

But with Work From Anywhere programs, “the implication is you’re not asking them to come in and you’re giving them geographical flexibility,” he added. So you can choose a cheaper location or a place with weather you prefer or the opportunity to live near family or friends you care about.

Why are Work From Anywhere employees more productive than others, or at least at the Patent Office, headquartered in Alexandria, Va.?

In other research, Choudhury said, “we see an increase in productivity when people are allowed to work from home instead of the office.” That’s what he calls “the first step.” But in “the second step” — working from anywhere — Choudhury said productivity rises because “you are in a place you care about that makes you happier.”

The researchers couldn’t find any downsides to working from anywhere. Not for employees allowed to do it and not for the employer that let them.

The Caveat With Working From Anywhere

But, there’s a caveat. The Patent Office, Choudhury said, “is an organization with specific characteristics and tasks that are very independent.” Employees there don’t have to work in teams. And the Work From Anywhere program was only an option for the employees who had already been working from home.

“So, the implication is, these were people who were relatively experienced in the organization,” Choudhury noted. “If you are implementing this in an organization where tasks need a lot of collaboration, or you’re bringing in new employees, I cannot say if it will work.”

I wondered which types of employers might be most likely to allow working from anywhere, either currently or in coming years. Choudhury told me that was the wrong question.

“More than the employers, it’s the task,” he said. “Every company has tasks that are relatively independent and employees doing them who are relatively experienced.” That’s the low-hanging fruit for trying a Work From Anywhere program, said Choudhury.

How to Ask Your Boss if You Can Work From Anywhere

His advice for employees in their 50s who’d like to work from anywhere? “If you can, make the case that ‘I’m experienced, I know how to do my job, I’m independent, give me the virtual tools and it will extend my productive life by three to four years, instead of retiring at sixty.’”

If the Patent Office study doesn’t convince more employers to let some of its staffers work from anywhere, maybe one of these three statistics will:

As with so many workplace trends these days, millennials may lead the charge for working from anywhere.

As Ana Recio, executive vice president of global recruiting at Salesforce recently told The New York Times, “They have proven the model that you don’t need to be in the office 9 to 5 to be effective.”