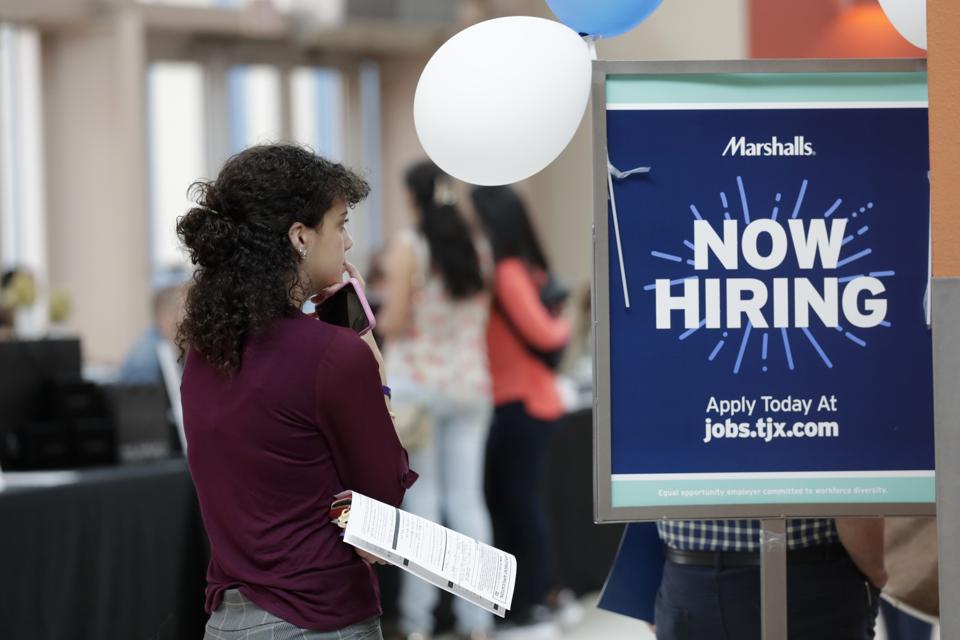 Topline: With the U.S. Labor Department set to release its monthly jobs report on Friday, Wall Street will be watching the numbers closely to get a gauge of the economy’s momentum and see whether the stock market can finish the year strong, despite ongoing headwinds from tariffs and slowing global economic growth.

Here’s what to expect from the November figures, according to market experts:

Key background: The U.S. economy added a much better-than-expected 128,000 jobs in October, with the unemployment rate at 3.6%—near a 50-year low. But some of the recent jobs data has been confusing, CNBC points out: The latest weekly unemployment claims dropped to a seven-month low, even as recent ADP data showed private-sector jobs in November grew at the slowest rate—by just 67,000—in six months.

Crucial quote: “If China tariffs go into place on December 15, the second half of the month won’t be much fun and we’ll likely see some real volatility—it won’t be as cheerful of a holiday season,” Freeman predicts. “If Trump holds off on tariffs, we’ll see the stock market’s positive momentum carry into year-end.”

Chief critic: “Make no mistake about it, however, monthly average job growth in 2019 is running 26% below the pace seen this time last year,” says Mark Hamrick, senior economic analyst at Bankrate.com. “We’d need to see a major development of some kind to change this slower trajectory.”

What to watch for: Trump is set to decide whether to hold off on the next round of U.S. tariffs, scheduled to kick in on $156 billion worth of Chinese goods starting December 15.