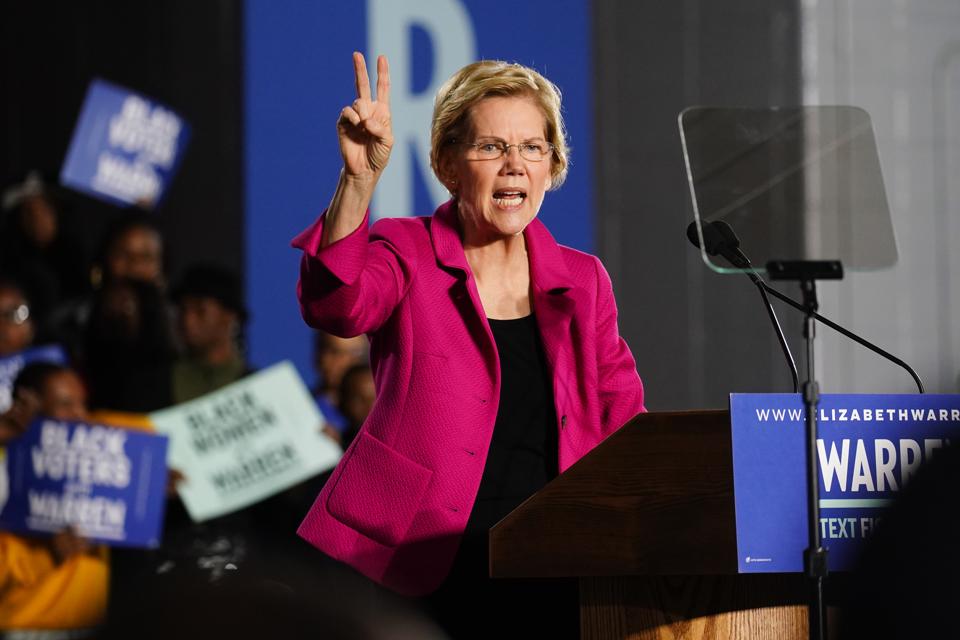 Topline: While Elizabeth Warren has made her presidential campaign all about going head-to-head with big business, the presidential hopeful is now working on a sweeping new anti-monopoly bill, first reported on by The Information and first obtained by Bloomberg, that would ban “mega mergers” and give gig economy workers the power to unionize.

Key background: Warren has long been a champion for stricter regulation of Wall Street and corporate America. She has made breaking up big tech companies a cornerstone of her presidential campaign, and has repeatedly called for dismantling Facebook’s purchases of WhatsApp and Instagram, as well as Google parent Alphabet’s acquisitions of YouTube and advertising platform Double Click, for example.

Many business leaders on Wall Street are becoming increasingly critical of Warren, whom they perceive as a threat to big business. Her public vendetta against billionaires all started with a public spat between Warren and Cooperman, which has come to exemplify the backlash that emerged since the Democratic senator announced her 6% wealth tax on the ultra-rich in order to finance her ambitious “Medicare For All” plan.

Chief critics: Numerous other business leaders and billionaires have since criticized Warren for her attacks on the wealthy: J.P. Morgan Chase CEO Jamie Dimon, Shark Tank investor Mark Cuban and Microsoft cofounder Bill Gates, to name a few. Even Michael Bloomberg, who recently announced his 2020 presidential bid, has spoken out, comparing Warren’s wealth tax to socialism. Several hedge fund billionaires, including Paul Tudor Jones, Steve Cohen and Stanley Druckenmiller, have shared gloomy predictions of what a Warren presidency would mean for the stock market: a 10% to 25% drop.

What to watch for: When the bill could be introduced or whether it will be changed further. Any such proposal would also have to clear significant legislative hurdles and likely face resistance from lawmakers. Cicilline has also said that he doesn’t plan to introduce any new antitrust legislation until he concludes an investigation for the House Judiciary Committee in early 2020, according to Bloomberg.