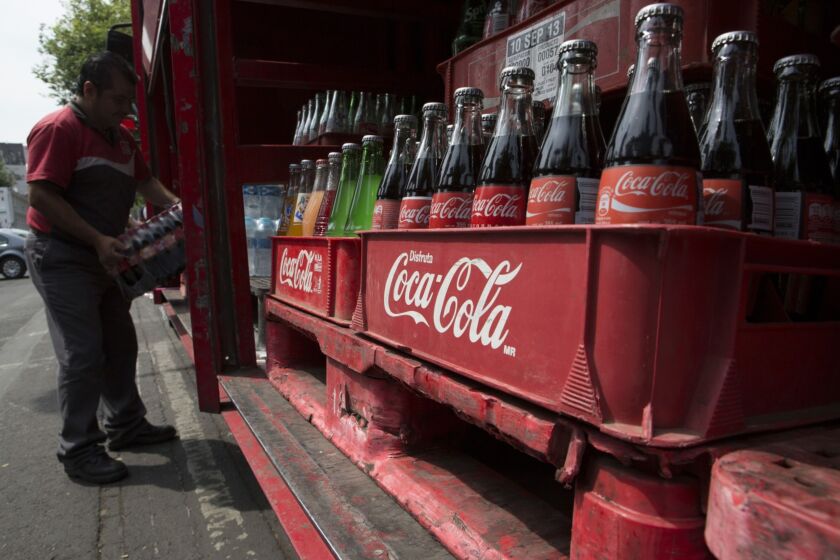 With Halloween leftovers still available, and Thanksgiving and end-of-year holiday feasts right around the corner, many people are hoping to cut their consumption of sugar-laden drinks and snacks. But they may have second thoughts about imposing or paying a soda tax as a means of discouraging indulgence in the extra calories such drinks contain.

Before imposing such taxes, it is important to gather enough evidence to show that soda taxes can reduce consumption and improve health outcomes, according to Joyce Beebe, a fellow in public finance at Rice University’s Baker Institute for Public Policy.

Beebe noted a study by the Organisation for Economic Co-Operation and Development that shows that among 44 countries surveyed in 2015, the U.S. has the highest obesity rate for people 15 years of age and older, at 38 percent.

“Numerous other studies link several common forms of noncommunicable diseases, including weight gain, obesity, type two diabetes, and heart disease to the increased intake of sugary drinks,” she said. “This has resulted in a number of jurisdictions imposing an excise tax, or ‘sin’ tax, on sales of soft drinks.”

Soda is already in the sales tax base in 35 states, she observed. “The soda tax debate over the last decade centers on imposing excise taxes on sugary drinks. Excise taxes single out a particular good or activity to either generate revenue or deter consumption through increased prices.”

Globally, approximately 40 countries — including Mexico, France, Ireland, Hungary, Belgium, Chile, Finland and the U.K. — currently have soda taxes, “and it is likely that this number will increase,” said Beebe. She noted that former New York City Mayor Michael Bloomberg and former Treasury Secretary Lawrence Summers have teamed up to promote soda taxes as part of a worldwide effort to discourage the consumption of soda, but believes it is unlikely that the U.S, will adopt such a tax on the federal level.

“Many recently proposed and implemented soda taxes are at the local and municipality levels, with seven cities currently having soda taxes,” she said. “In 2019, California, Connecticut, Massachusetts, New York, Rhode Island and Vermont initiated soda tax proposals but none passed. A number of states, including Alabama, Arkansas, Tennessee, Virginia, Washington, and West Virginia, have ‘vintage’ soda taxes which were established decades ago. They impose soda taxes in the form of licensing charges, gross-receipts taxes, or excise taxes.”

Opponents of soda taxes cite regressivity as the major reason for their disapproval, Beebe indicated: “They take a larger percentage of income from low-income taxpayers than from high-income taxpayers. But supporters of the tax point out that the negative health outcomes such as obesity and diabetes are themselves regressive, meaning that lower-income households have higher rates of soda-related health issues. A corrective soda tax that changes people’s behaviors may provide greater health benefits to the poor than the rich.”

The effectiveness of soda taxes in reducing people’s sugar consumption or improving health is subject to debate, Beebe observed. “Most soda taxes are imposed at the distributor level, who may or may not fully pass the tax on to retailers. There is a wide range of tax pass-through rates, ranging from 40 percent to 100 percent,” she said. “Moreover, studies have shown that where the tax is imposed at the local level, consumers will engage in cross-shopping by driving outside the local jurisdiction to purchase the soda. And where food stamps are used, states are prohibited from charging sales taxes or excise taxes on soda purchases — if they want their residents to receive a federal subsidy, they can’t impose any state or local tax,” she said.

“Soda taxes are not a panacea,” Beebe said. “A soda tax alone will not solve the multi-billion-dollar obesity epidemic. In fact, no single public health intervention can solve today’s obesity problem at its current scale. Fiscal policies such as soda tax remain a feasible but controversial option for the foreseeable future.”