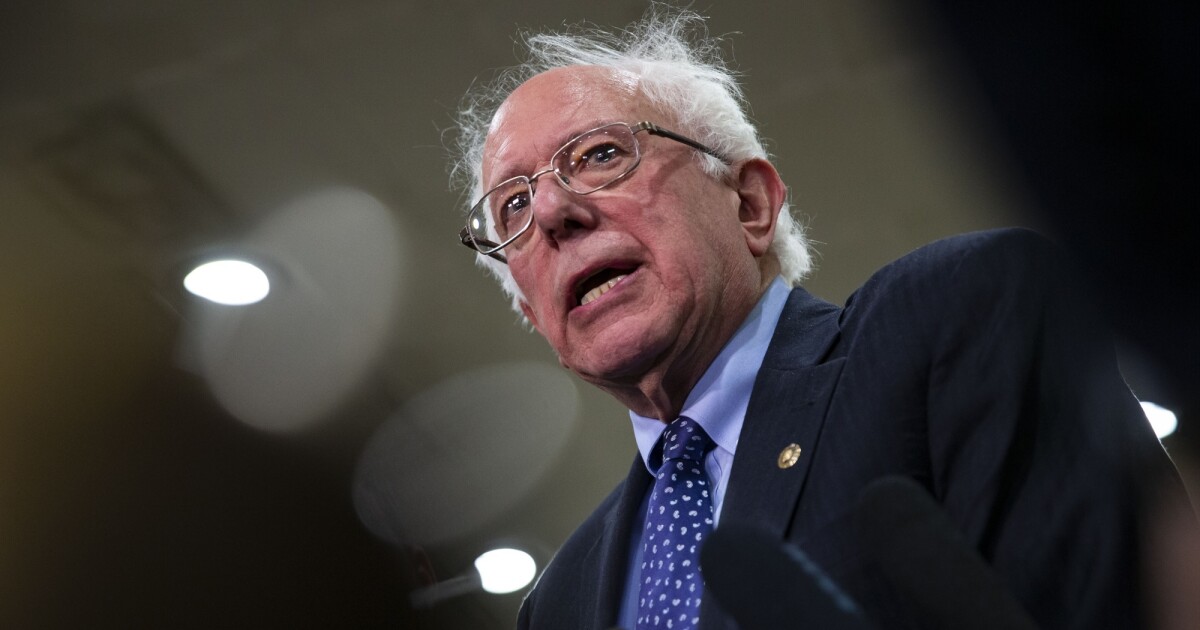 The For the 99.8% Act would impose a tax on estates worth over $3.5 million. Under the For the 99.8% Act, the families of 588 billionaires would owe up to $2.2 trillion in estate taxes. Under current law, the estate tax only applies to estates above 11.4 million at a rate of 40 percent.

The bill would also strengthen the “generation-skipping tax,” by applying it with no exclusion to any trust set up to last more than 50 years. It would prevent abuses of grantor retained annuity trusts by preventing donors from taking assets back from these trusts only a few years after establishing them to avoid gift taxes. It would also prevent wealthy families from avoiding gifts taxes by paying income taxes on earnings generated by assets in “grantor trusts,” and it would limit the annual exclusion from the gift tax for gifts made to trusts.

“The ever-widening gap between the ultra-rich and the rest of us has reached alarming proportions and demands a strong legislative response,” Gomez said in a statement. “No longer can we allow this structural power imbalance — one where the billionaire-class hoards the very wealth working families helped to create — define our nation’s values and priorities.”

The bill has attracted 37 Democratic co-sponsors in the House, including Rep. Alexandria Ocasio-Cortez, D-N.Y., and Rashida Tlaib, D-Mich., along with labor unions such as the AFL-CIO, the American Federation of Teachers and the Communications Workers of America.

Sanders praised the legislation. “We are facing levels of inequality not seen since the Gilded Age of the robber barons, where the top one-tenth of one percent owns about as much wealth as the bottom 90 percent,” Sanders said in a statement. “The richest 400 billionaires pay lower taxes than everyone else. In my view, this obscene inequality in wealth and political power is not compatible with a democratic society. I am proud that Representative Gomez is leading three dozen members of the House in introducing the For The 99.8% Act to tax today’s dynasty trusts and curb their power, while raising trillions of dollars for the essential programs we need as a country.”

Several advocacy groups also praised the bill. “If we are going to create an economy that works for all of us, not just the wealthy few, America needs to create a fair share tax system,” stated Frank Clemente, executive director of Americans for Tax Fairness. “The For the 99.8% Act is a critical step towards that goal. It will raise well over $300 billion that can be used to help people afford healthcare, improve our schools and rebuild crumbling infrastructure across the country. It’s high time the wealthy and their multi-million-dollar estates start paying their fair share.”

A group of millionaires said they are in favor of the bill, “As a millionaire who will end up paying the estate tax, I say that we should expand it,” said Charlie Simmons, retired tech executive and a member of the advocacy group Patriotic Millionaires. “Tax my estate. Trust fund babies who have done nothing to earn their wealth besides being born into the right family have no right to pay a lower tax rate on their millions than hard working Americans do on the income that they work for.”

Sanders and another presidential candidate, Sen. Elizabeth Warren, D-Mass., have introduced competing proposals for a wealth tax on the richest Americans. Both proposals have met with some skepticism, however, about how they could be enacted. Both candidates discussed their proposals at last week’s Democratic presidential debate.

“It seemed like a hot topic in the debate,” said Bill Smith, managing director of the National Tax Office at CBIZ MHM, during an interview last week. “Even if you put the wealth tax in place, would you have the billionaire’s equivalent of people leaving the country, which is what happened in France? It might be a little bit different over here because of the way the EU is structured now. It’s easy to become a citizen of another EU country and subject to their tax regime without going back to your home country. Puerto Rico is the sexy topic for rich people fleeing the country. You can’t be in this country for 183 days without paying your tax. If people leave, they have to commit to leave. If you’re a billionaire, that makes it easier.”

Smith is skeptical that a wealth tax would be able to pass in Congress, even if either Warren or Sanders were elected. “I think the wealth tax is a pretty tough sell,” he said. “Unless the House or the Senate flips, it’s going to be very tough to get any tax legislation through. If it’s a big earth-shattering move like Elizabeth Warren’s wealth tax, you can even lose people in your own party. A lot of the donors are going to be subject to the tax. It could really impact real estate because so many people who are wealthy from real estate are not paying so much in tax because of their ability to generate deductions.”