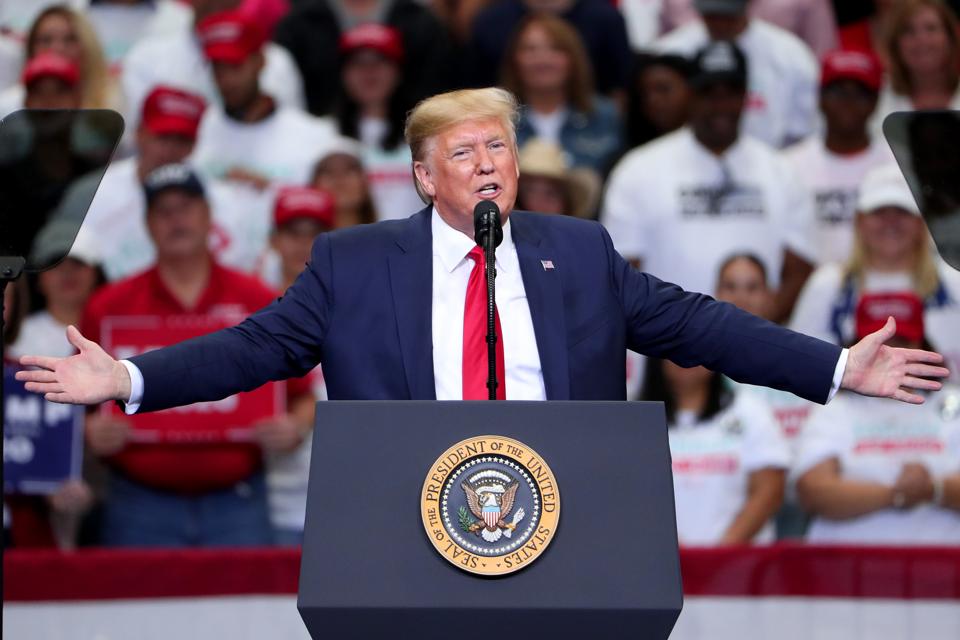 Topline: As President Trump continues to fight efforts the obtain of his tax returns, a lawyer representing him in court argued that didn’t need to release them because he will be immune from any prosecution until he leaves office—even if he shot someone on New York City’s 5th Avenue (echoing Trump’s 2016 comment that he could shoot someone on 5th Avenue and not lose support).

Crucial quote: Judge Denny Chin asked Consovoy, “What’s your view on the Fifth Avenue example? Local authorities couldn’t investigate, they couldn’t do anything about it?” Consovoy said no⁠—not while a president was in office.

Key background: A U.S. district judge rejected Trump’s argument that a sitting president is immune from all investigation and prosecution in an October 7 ruling, calling the effort to prohibit investigations of the president “repugnant.” Trump’s lawyers appealed the decision, leading to Wednesday’s hearing. When Trump speculated about shooting someone in 2016 during an Iowa campaign stop, NPR reported that his base mostly enjoyed the statement, with few of his supporters criticizing it.

Tangent: Vance isn’t the only person trying to get Trump’s tax returns. There are six other ongoing efforts to unearth the records.