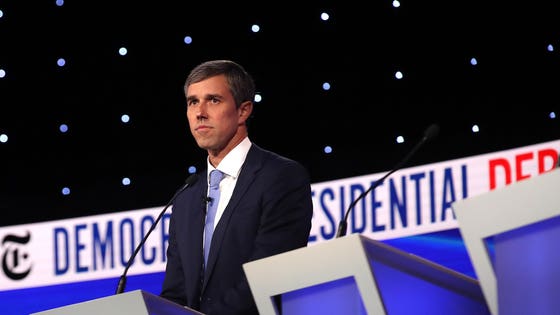 I see from the National Review that Beto O’Rourke’s remarks about revoking tax-exempt status of religious institutions such as colleges, churches, etc. for opposing same-sex marriage is still a thing.

I’m not going to try to review the response to this remark, which has been epic. My purpose is to get some expert comment into the record, as I have been following both church state tax issues and same sex marriage tax issues since my earliest days of blogging.

I reached out to Professor Samuel Brunson, author of God And The IRS Accommodating Religious Practice In United States Tax, and Professor Edward Zelinsky, author of Taxing the Church:Religion Exemptions, Entanglement and the Constitution. The professors were on opposite sides in the long running struggle of the Freedom From Religion Foundation to have tax-free cash allowances to “ministers of the gospel” declared unconstitutional.

“I suspect that refusing to perform same-sex marriages would be a constitutionally-unacceptable reason to revoke a church’s tax exemption.”

“As a practical matter, I don’t even think we need to arrive at the legal question. Bob Jones has been good law for 35 years, and the IRS used the fundamental public policy standard for more than a decade before that, and no church has ever lost its exemption for discriminating on the basis of race, even, and that’s the one clear category.”

But even if Beto were to emerge (somehow) victorious from the Democratic field, and were to target churches that refuse to solemnize same-sex marriages, I suspect that, based both on the First Amendment and RFRA, the courts would find the revocation unconstitutional.

“And even if discrimination on the basis of sexual orientation violates a fundamental public policy, revoking an organization’s exemption because they espoused opposition to same-sex marriage would violate the First Amendment’s protection of free speech.

Professor Zelinsky’s comment is shorter and a bit cryptic:

“Solicitor General Verrilli raised this possibility in the oral argument in Obergefell, i.e, that tax exemption could be denied to churches refusing to perform same sex marriage. Presumably, any such claim would be based on the Supreme Court’s Bob Jones decision striking the tax-exemption of Bob Jones University for its race-based policies. I have never been persuaded by the Court’s broader statements in Bob Jones.”

Obergefell is the Supreme Court decision that held that the 14th Amendment required the recognition of same-sex marriages by the states. The comment that Professor Zelinsky is referring to as reported by the Washington Post was:

“Justice Alito: Well, in the Bob Jones case,the Court held that a college was not entitled to tax­-exempt status if it opposed interracial marriage or interracial dating. So would the same apply to a 10 university or a college if it opposed same­-sex marriage?

The Bob Jones case is a very big deal. It allowed the denial of exempt status in the case of a university that banned interracial dating on religious grounds.

And A Practical View

States tend to have the Attorney General’s office regulate not-for-profits not their revenue departments. For some reason at the federal level it falls to the IRS, which is actually a bad choice particularly in its current beleaguered states, but politicians and activists of all sorts are quick to call the IRS to step in to effectively shut down groups by revoking their exemptions for matters that have nothing to do with taxation.

It’s silly. As we saw with the interminable scandal, the IRS is terrible at it and it detracts from its very important core function of collecting revenue.

It’s also bipartisan. Ben Carson reflexively called for the revocation of the exemption of an Islamic group that was critical when he was running for the Republican nomination in 2015.

Just stop it. Have the IRS bring in the money. That’s a big enough job for them.