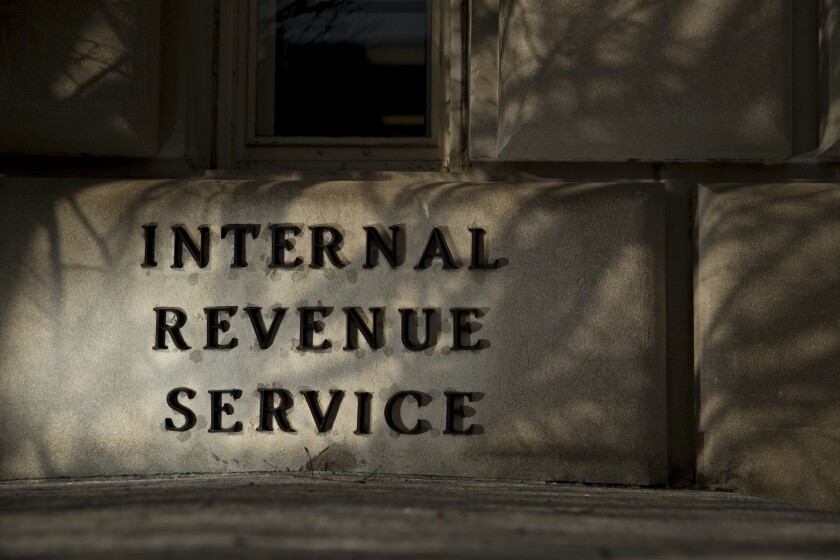 The Internal Revenue Service could make better use of its data to ferret out abusive tax schemes involving charities and other tax-exempt groups, including syndicated conservation easements, according to a new report.

The report, from the Government Accountability Office, found the IRS doesn’t consistently analyze data from its existing databases to help identify these kinds of tax scams.

The report noted that some abusive tax schemes could involve multiple donors grossly overvaluing their charitable contributions, and the tax-exempt entity might not even be part of the scheme. In another example, some patient assistance programs — which can help patients obtain medical care or medications — have been used by drug makers to make charitable donations that can be viewed as furthering private interests.

However, IRS audits of abusive tax schemes have been trending downward in recent years in the wake of budget cuts and staffing reductions, corresponding with an overall decline in audit activity by the IRS.

Still, the IRS has various programs that could work together collectively to identify abusive tax schemes involving tax-exempt entities, but there are some internal control weaknesses in their approach. The GAO found three ways that IRS data or programs were inconsistent with the federal government’s internal control standards for using quality information.

“First, database project codes used for identifying data on abusive tax schemes are not linked across IRS’s audit divisions and do not consistently identify whether a tax-exempt entity was involved,” said the report. “Second, IRS has not leveraged a database with cross-divisional information to facilitate its analysis and monitoring of audit data across divisions. Finally, IRS has not used existing analytic tools to mine the narrative fields of tax forms. Doing so could provide audit leads on abusive schemes involving tax-exempt entities. These deficiencies inhibit IRS’s ability to identify abusive tax schemes and develop responses to those schemes.”

The GAO made five recommendations in the report for strengthening the IRS’s internal controls, suggesting the agency link its data across operating divisions, test the ability of a database to facilitate analysis of audit data, and use its existing analytic tools to mine more information from tax forms. The IRS agreed with all five of the GAO’s recommendations.

“The Internal Revenue Service has long worked to combat abusive tax avoidance transactions,” wrote Kirsten B. Wielobob, deputy commissioner for services and enforcement at the IRS, in response to the report. “As noted in your report, we designated certain syndicated conservation easements as listed transactions in 2016. We are actively examining cases that represent billions of dollars in charitable contribution deductions. These abusive conservation easement syndicate transactions undermine the public’s trust in private land conservation and erode the public’s confidence in the tax system, and we are committed to addressing this and other abuses.”

She added that the IRS’s strategic plan includes advancing the use of data to improve decision-making and outcomes, and one way that can be used is with a risk assessment of the under-filing of Form 8866-T, which tax-exempt entities are supposed to use to disclose any prohibited tax shelter transactions. The GAO report noted that the filing of these forms, which involve paying an excise tax, is far lower in volume than the filing of the Form 8866, “Reportable Transaction Disclosure Statement,” which doesn’t involve reporting a tax liability. The GAO had pointed to that as a way to uncover tax schemes, but Wielobob noted that the numbers aren’t necessarily comparable.