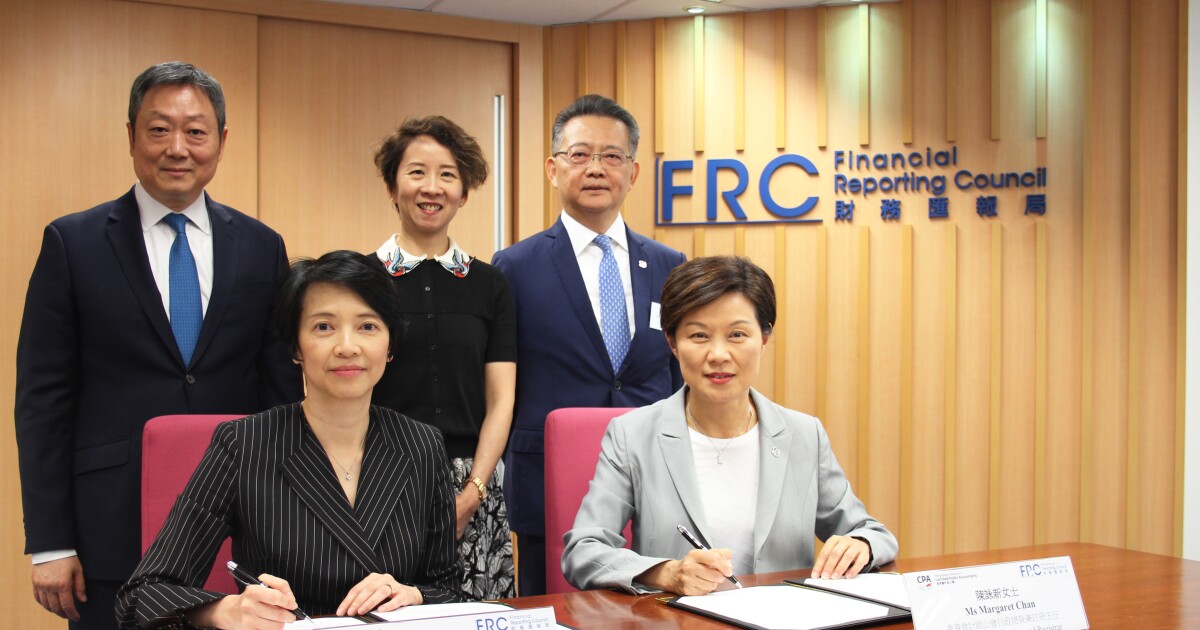 The Hong Kong Institute of Certified Public Accountants signed a Statement of Protocol on oversight arrangements with the Financial Reporting Council, a regulatory body for audit firms in the United Kingdom

The officials who attended the signing ceremony included Winnie Ng, deputy secretary for financial services and the Treasury, Patrick Law, president of the HKICPA and Kelvin Wong, chairman of the FRC.

The HKICPA initiated discussions many years ago on developing a suitable regulatory model for auditors of public companies based in Hong Kong. In 2006, the government, at the suggestion of the HKICPA, established the Financial Reporting Council to take up investigation of listed company audits.

“Being an early advocate for an independent regulator of listed company auditors in Hong Kong, the HKICPA has worked very closely with the government and the FRC to ensure the model proposed is in line with international benchmarks and will be effective and fair,” said Law in a statement. “We are committed to working with the FRC to ensure the new regime is effective and reinforces the reputation of Hong Kong as an international capital market.”

The new regime for regulation of public company auditors that take effect on Oct. 1 2019. The FRC will regulate auditors of listed companies through a registration and recognition mechanism, as well as via inspection, investigation and disciplinary sanctions. The HKICPA, for its part, will deal with applications for registration of public company auditors, and establish and maintain a registry of auditors.

In addition, the HKICPA will continue to carry out its responsibilities in setting continuing professional development requirements, and auditing and ethical standards for auditors of public entities, overseen by the FRC. The HKICPA and the FRC entered into the Statement of Protocol to clearly set out the new oversight arrangements. It can be found here.

The deal comes amid tensions between Hong Kong and China over the autonomy of Hong Kong, which the U.K. ceded control over in 1997 to China. It had been a British colony since the 1800s and is now considered to be a “special administrative region” of China. Protesters have been holding demonstrations this year after Hong Kong leader Carrie Lam tried to impose a law that would allow Hong Kong residents to be extradited to Mainland China. Under pressure from demonstrators, the extradition bill was withdrawn earlier this month.

The FRC has also been in the news this year after a series of high-profile accounting and auditing scandals in the U.K., and the regulator has come under pressure to get tough on firms. It has proposed more stingent ethical rules to require audit firms to be more independent from clients, especially when it comes to providing non-audit services.