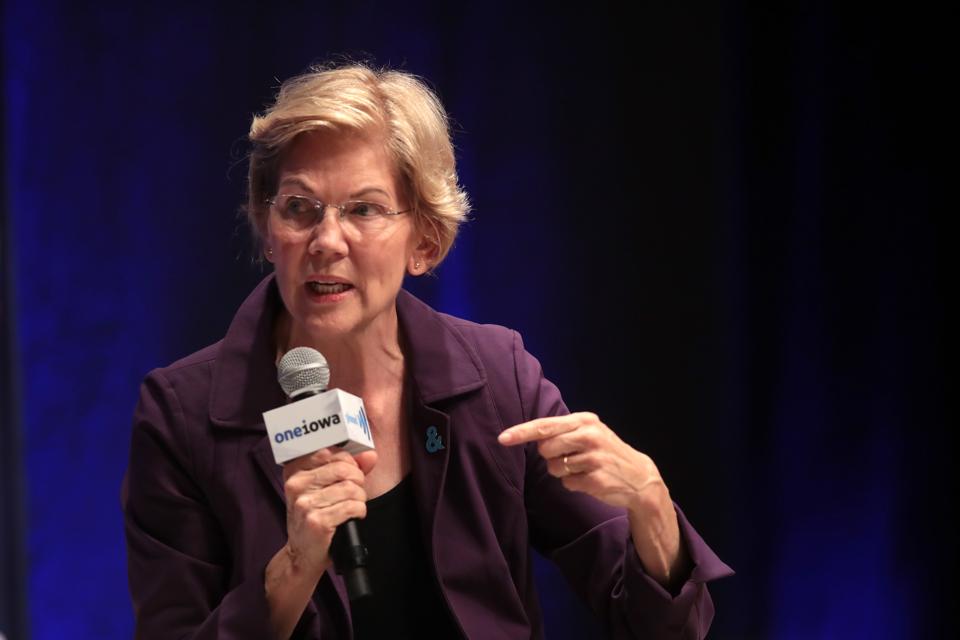 Eight ways to make your net worth and your income look small.

What a decade it has been! First, the Fed’s asset reflation that made rich people ridiculously rich. Soon to come, the recoil.

Political experts may put a low probability on Elizabeth Warren’s getting elected next year and then getting both houses of Congress in 2022. I’m an amateur on politics and a cynic. I put the odds at one in four.

If the Dems take over, the top federal bracket goes to 50%, the cap on payroll taxes goes away and dividends and capital gains lose their favorable rates. Would the wealth tax start at $50 million? Of course not. Plan on $5 million.

When villagers hear hoof beats from the tax collector, they hide their grain.

Farmers are sacred. We know this because it has been public policy for the past four decades, via ethanol legislation, to transfer money from grocery shoppers and commuters to wealthy corn growers.

Farmers are sure to be exempt from a wealth tax. They’re already pretty much exempt from income taxes, because they can enjoy nice economic incomes (accretion of wealth) while looking like paupers on Schedule F. Near my suburban home is a family that gets $18 million trimmed from their property tax assessments because their purported profession is cattle farming.

So, you have an office in Dallas but also a ranch in hill country. Or you own a software company but also a vineyard in Napa. Be prepared to make the rural property your “principal residence” and/or to don overalls and devote a certain number of hours to overseeing it.

Say you have $1.5 million in an IRA and $500,000 in a checking account. Do a Roth conversion, using the cash to prepay the income tax bill.

You’re now slightly wealthier, because a prepaid tax bill is a valuable asset and you can postpone distributions. But your reportable net worth has gone down by $500,000.

Will Congress double-cross Rothifiers by taxing them on the back end? I don’t think so. It needs to keep those conversions coming.

Open the Books amuses us by revealing public sector retirees with $300,000 pensions. What is such a lifetime income stream worth? Probably between $5 million and $10 million. Would the asset ever appear on the form for a wealth tax? No.

You can’t waltz into one of those fat-pension sinecures in Illinois, but you can create an income stream. Set up a defined-benefit plan for your small business and use it to buy an annuity. Or buy a fixed-payout annuity that starts when you’re 75. The monthly checks will be partly subject to income tax but the asset won’t be on a wealth form.

College savings plans get assets out of your estate even though you can, in a pinch, reclaim the money. Presumably they won’t show up on wealth-tax reports either. If they do, you can play hot potato, transferring ownership to a trusted relative.

In 2016 the Tax Court spanked Edward G. Beyer in the grave because, in his declining years, he rushed $55,000 each into separate college accounts for 18 different relatives. The judge did not raise an eyebrow over the possibility that the money wasn’t necessarily destined to be used for education. The decision rested on Beyer’s failure to check a box on a gift tax return. You won’t make that mistake.

If your grandchildren use the 529s on school, you skirt both a wealth tax and the income tax on earnings. If you pull the money back you’ll owe income tax and a small penalty on the earnings, but because the deferral is worth something you won’t come out far behind on income tax, and it’s highly unlikely that a wealth tax would be retroactive.

What if Congress raises taxes (or reduces benefits) for prosperous Social Security recipients? That risk diminishes the actuarial payoff from late claiming but does not eliminate the payoff. I explain the arithmetic in Social Security Claiming Strategy For High Incomes.

Wealth taxes are not levied on human capital. So you could pay for your kids’ grad schools, with the understanding they’ll cover some of your nursing home costs.

Interest on municipal bonds is only partly tax-exempt, since it counts as income for calculating Medicare premiums and other items. Still, the switch from taxable bonds can pay off because it makes the coupons smaller.

Suppose you live in Florida and are in a 32% federal tax bracket. Selling off corporates yielding 3% to get munis yielding 2% doesn’t at first look like a win. But with the muni you’ll have less damage from Medicare. Also, the muni is exempt from the 3.8% investment tax, a levy sure to be retained or even boosted in a progressive administration.

Don’t buy them; transaction costs make hard assets bad investments. But if you already have a Magritte hanging on a wall, hold off turning it into cash. The wealth tax will probably exempt collectibles because assessing them would be a nightmare.